Is There a Connection?

The Potential for Environmental Technology

The potential for bioluminescent GMOs in all fields in enormous, but when it comes to environmental technology, scientists have got some pretty nifty ideas. Since Global Warming is one of our biggest worries right now, this is great news. Here are a couple of things to look forward to in the future. 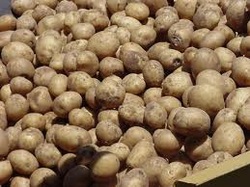 Yes, I said potatoes. Potatoes are one of the most important sources of food, being one of five major crops that together feed three quarters of the world’s population. The basic idea would be to engineer the potatoes so that they would have leaves that glow when they need to be watered. This way, farmers know exactly when and how much to give them. Now, why is this such a good idea?

The problem is that potatoes need a lot of water, and farmers would rather risk over-watering their potatoes than under-watering them. This can be a huge waste of water, and can mean a huge increase in irrigation costs. This might not sound too terrible, but usable water is becoming a scarcer and scarcer resource. In the not-so-distant future, water could be the most expensive agricultural product. Engineering potatoes this way would help not just the farmer to save money, but would help conserve a precious resource. 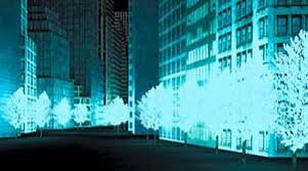 Some scientists believe that bioluminescent trees could one day replace street lamps.  A San Francisco-based group called Biocurious is currently working on creating bioluminescent thale cress; while this is a far cry from a tree, it is a first step in toward their long term goal of lining the streets with glowing trees. Replacing street lamps with trees would have several benefits. First, electricity usage and CO2 emissions would be eliminated, saving money, energy, and the planet all in one go. Second, trees are good for the environment and for our health; they produce oxygen, which we need to survive, and can increase air quality by trapping various pollutants. 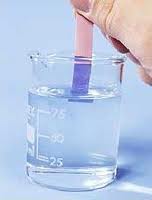 A “Litmus Test for Toxins”

SDIX, a biotechnology company based in Delaware, uses a luminescent bacteria to help assess water quality. Scientists hope to spread the word on this innovative use of bioluminescence, and conduct further research to perfect it. Some researchers have already modified bacteria so that when they detect pollutants, they glow more brightly, not more dimly. This technology could hopefully be used to assess pollution levels in other areas as well (i.e. the air). 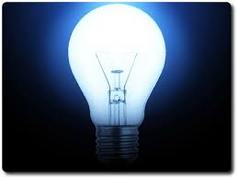 Bioluminescent light bulbs could be the future. Right now, most bioluminescent light is too dim to really be of much use, but scientists are hoping to fix that. When they do, replacing traditional incandescent and other electricity-run bulbs with “BioBulbs” would be a great way to save energy and money. Bioluminescence is significantly more efficient than incandescence, and produces far less CO2 than incandescent, LED, and other common forms of lighting. Electricity is the biggest source of CO2 emissions in the United States, so cutting down on its use is a big step in the right direction.
Powered by